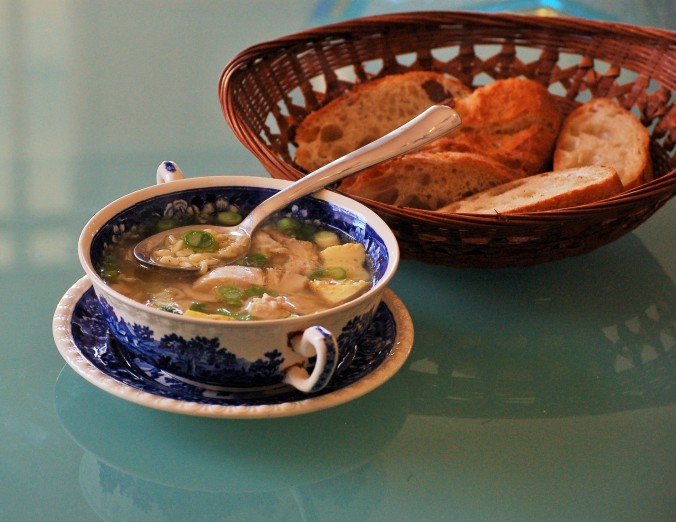 Happy New Year! Ok, so I haven’t posted anything since October…but I’ve been a *little* busy earning a Master’s degree and whatnot 😉

The last few months have been overwhelming but wonderful. Eric and I moved out of the farm a few weeks ago and said a bittersweet goodbye to the beautiful mountains of North Carolina as we put our things in storage and began the next part of our journey. In a few days we leave for Nicaragua for anniversary celebrations, and then Eric will begin his final clinical rotation and I will [hopefully] find the hospital job I’ve been looking for! 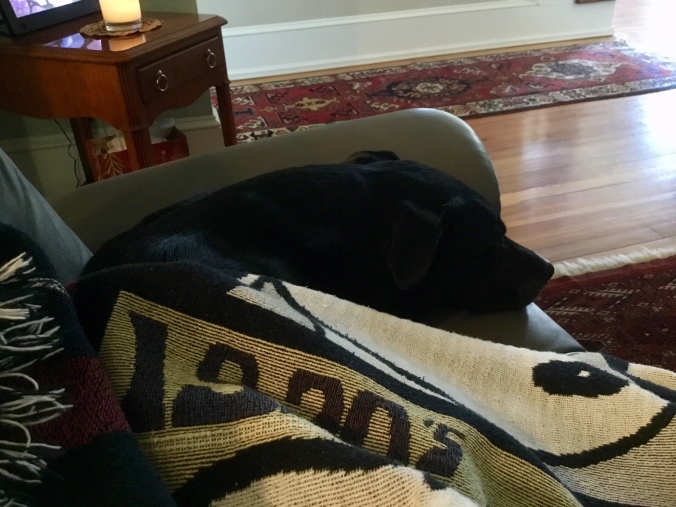 When you’ve been moving a mile a minute and there is so much stress and big life events all at one time, sometimes the body keeps up with you just until all the dust settles. And that’s where I find myself now— sick with a nasty cold and cuddled up with the dog on the couch. Luckily, we have a family recipe that is proven to make you feel better. And nothing makes me feel better on this first day of the new year than a cleansing bowl of German-style chicken soup, which my dad has perfected. 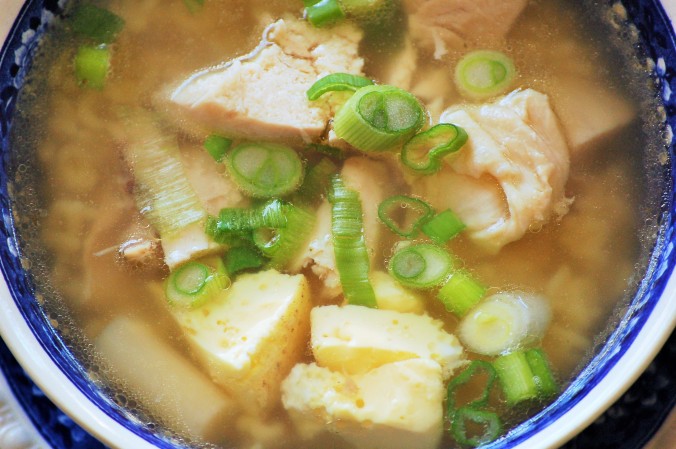 This isn’t your ordinary chicken soup. It has some unique ingredients, one of the most important being the Eierstich:

Eierstich is a combination of eggs and nutmeg, which is boiled in a bowl and chopped into cubes. These cubes give the soup a special and truly out-of-the-ordinary burst of flavor. You simply whisk the eggs with nutmeg, milk, salt, and pepper, and place the mixture in a small bowl. You cover the bowl with a plate that has a snug fit in the inner rim of the bowl: 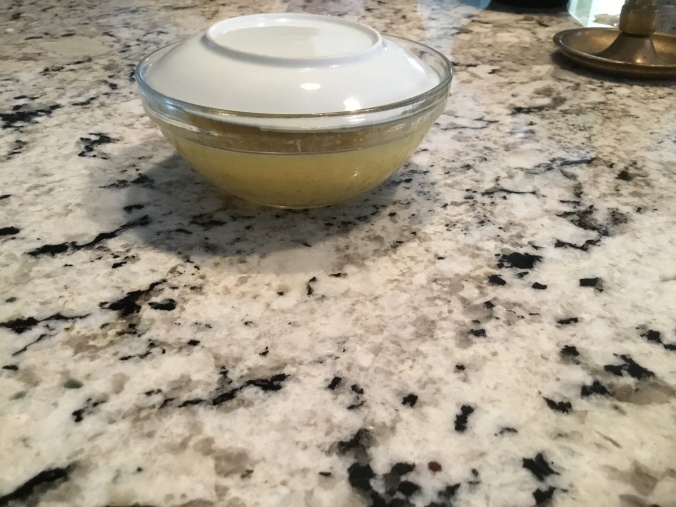 and then you place the whole thing in a pot with water. The water should go about 3/4 up the sides of the bowl. This is very gently simmered for 30 minutes, or until the eggs are fairly firm all throughout. You remove the solid piece of egg from the bowl and chop it up into cubes, and there you have it! Eierstich. 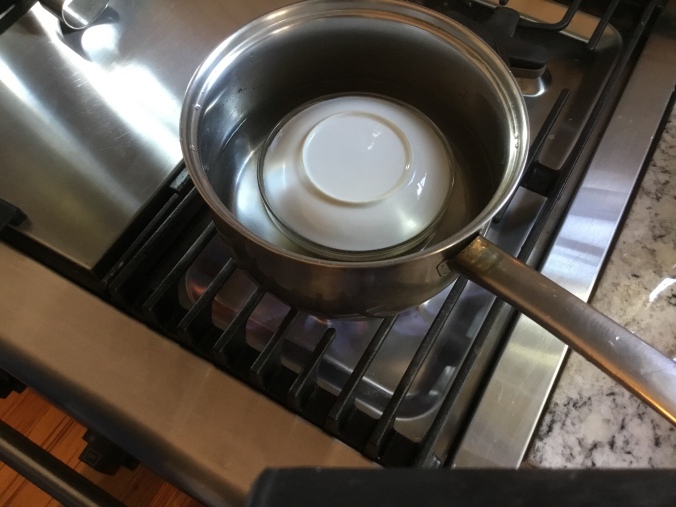 The soup also has white asparagus, scallions, and alphabet noodles. As a little kid I used to spend several minutes wading through the hot soup with a spoon, trying to find A-L-E-X so I could spell my name. A few years ago I spent about an hour finding all the noodles to spell everyone’s name so I could put it at the bottom of their soup bowl and it would serve as a name card of sorts. My creations were destroyed in a matter of seconds when we actually served the soup, but the little kid in me was pleased with my art project, and of course was pleased with this magical soup that can cure just about any ailment. 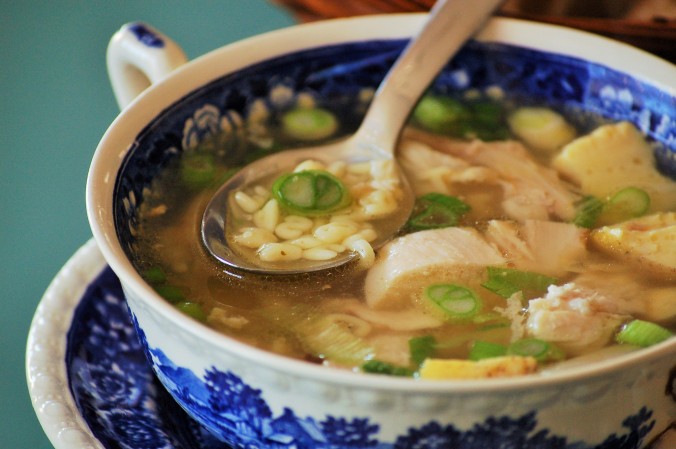 Happy New Year, from my soup bowl to yours! Wishing you all a year of health and happiness. 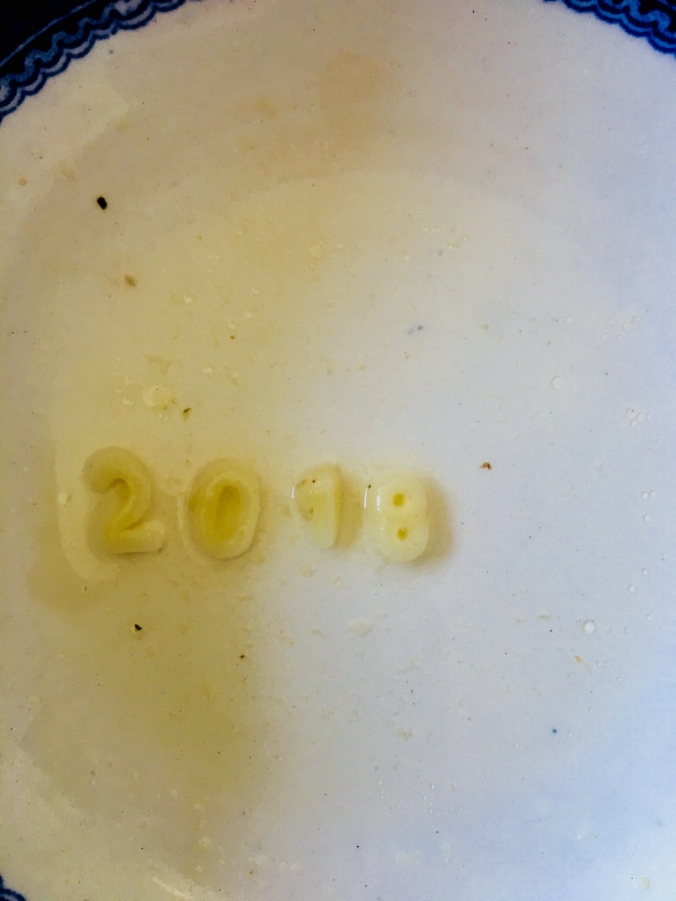 One thought on “Papa’s Chicken Soup”